Live and let dry: Hang your dirty laundry at GreenDaily.com

Fanjita serves up a fresh mug of "Brown Ale" 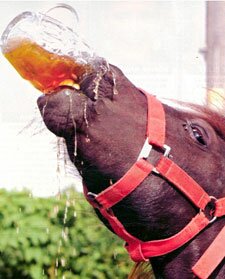 Despite the name, there's no bitter taste in our mouths from hearing Fanjita performing yet another service for 2.01 PSP owners. His new eLoader (titled "Brown Ale", a beer-naming convention he says he'll adopt from now on) was actually released yesterday, but being the generous guy that he is, he put out an updated version of the program a mere day later. How's that for software support?

To briefly list a few of its litany of improvements, the more stable "Brown Ale" loader now supports both TIFF and GTA launch methods, has a Windows-installable version, and supports PSP-GBA. And check this, the guy even has the werewithal to "apologize for the inconvenience". Wow, that really makes me feel like a jerk for all those times I made fun of Jack Thompson. Well, not really.

1. So can this be used ALSO on v 2.6? I really made a mistake of updating, but now that i did all i can do is make the best of it, right? I dont wanna take a chance with those stupid brickers... but I thank fanjita alot for his ingenious plans of GTA as a homebrew loader. I had no intrest in GTA, but as soon as i got the money and the news, i got GTA just for the reason of fanjita. THANKS!!!

2. apparently, now you can play gta on 1.5. tawk amongst yourselves

3. You do know that P.E.T.A is going to be on your ass after posting a horse drinking.

umm you can fill in the rest..
I mean come on.. PETA ppl just want atention, Do they ever think where the clothing they wear comes from.. De2dee..