Do you want to share your PSP-related fan art? Send us an . A new piece of fan art will be shared every Friday.

PSP Fanboy's love for Gitaroo-Man is great indeed. With that in mind, we're happy to have this vibrant Gitaroo-Man fan art this week. If this fan art seems to have a Japanese feel, it has more to do with than just Gitaroo-Man being developed in Japan. Yayane (the creator of this particular work) lives in the land of the rising sun. It wouldn't be surprising to see this image used as the jumping off point for a Gitaroo-Man anime. If you like the above image, or want to see Yayane dressed as Spiderman, then check out his deviantArt page. That, or you can let Yayane know what you think of the art in our comments section. 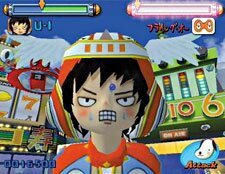