Everyone knows advertising is biased. If the whole point of creating an advert for a product is to drum up hype (and therefore sales), then chances are companies will try their darndest to make sure their baby’s put in the best light possible. There are laws that protect consumers from outright fabrication, but what if the ad is only sort of telling a fib?

Case in point: Ubisoft’s Splinter Cell Essentials ad. The advert was called to 1UP’s attention, and things at first glance do look dubious indeed. The statement “One of the best games on the PSP” made by GameSpy was culled, they discovered, from a preview the gaming website did months before the game was released. While said preview was indeed hopeful of the game’s kick-assery, it instead was given a swift kick in the ass by their later review.

The article states that no response has yet been received from either Ubisoft or GameSpy about the ad. We’re guessing this’ll be one of those “oops” things; someone’ll get smacked on the wrist and the ad will disappear with reputation and advertising relationship intact. What’s your take on this? Do you think Ubisoft’s gone too far, or do you think what they did is justifiable? 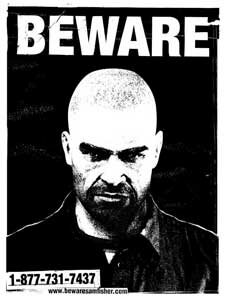 As much as we'd like to voice our opinion on every game for the PSP, there are times when we just aren't as lucky as some other online game sites that just happen to have the influence and the pull we're trying to hard to establish. But despite my incessant bitching, at least we're still privy, just like all of you, to read freely about other people's opinions on the latest and greatest games for the PSP. This time, 1UP and GameSpot both take a look at Splinter Cell Essentials, which according to 1UP's reader meter, is the most popular PSP game on their site.

Both previews have a lot of good things to say about Sam's new portable adventure. They mention that the lack of a second thumbstick is well compensated for with the help of the circle button, which toggles the PSP thumbstick between movement and camera view. The game also features a nifty bi-directional sound gauge that detects noise on either side of Sam. Other pluses include a near PS2-quality porting and a rather agreeable framerate.

We're pretty darned excited for this game to come out. Then all we'll need is a good shady area and a couple of virtual baddies' throats to slit.

GameSpot is reporting on some more juicy Splinter Cell news. Apparently the rumors saying that Splinter Cell Essentials would be a fresh prequel as opposed to a "tweaked port" were kind of on track. Ubisoft has confirmed that there will be a "prequel aspect" included in the title, although it won't be central to the game.

No one is quite sure what that aspect calls for, but the article is quick to note that it brings back the chance of Essentials being just a spruced up PS2 installment. Keep your fingers crossed for something original. 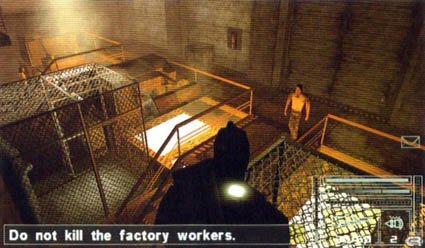 On the heels of our previous ponderings concerning Splinter Cell Essentials, here are some juicy screenshots to soak up from GamersReports. While these are still magazine scans, it shows how much this title is looking like a winner. Visit the gallery to snatch a peek at the five new images. 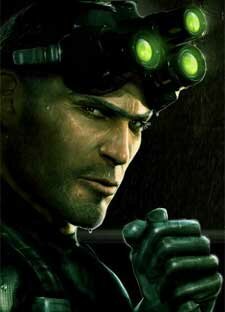 1up is reporting that the PSP branded Splinter Cell Essentials will be the Sam Fisher origin story that we've been waiting for.

Additional comments seem to hint that there will be a bit of a story cross-over between Essentials and the upcoming Splinter Cell Double Agent game.

One thing we can be certain of is that the game's  publisher, Ubisoft, will be throwing out more and more clues (and potentially some dis-information too) as the game nears release later this year.

Splinter Cell 4 sneaks onto PSPs in 2006 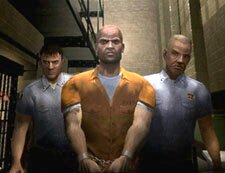 We knew well enough it would take more than a few beatings and a couple bars of dropped soap to put Sam Fisher down, so we're glad to hear that he's reappearing on most major consoles as well as the PSP in Spring 2006 under the title Splinter Cell: Double Agent.

In this new installment, Sam goes undercover to investigate a terrorist organization before they commit another stereotypically terroristic attack on the world's populace. Whether this has something to do with Richard Simmons and spandex is anyone's guess, but suffice it to say it'll be an event the planet will find especially heinous.

As always, the update will feature a host of new features like new weapons, new missions, new situational and environmental scenarios (like skydiving and sandstorms) where Sam can hurt himself in a number of ways, and the series' now-standard spiffy multiplayer mode.

The Fish's portable departures have been either good or mediocre so far, so it'll be nice to find out how the game fares on the PSP.

[CORRECTION:] The PSP version is actually Splinter Cell Essentials, as announced by Ubisoft last December 9. We apologize for the oversight. We've had our brains checked and we're fine now.