Yeah, we all know the story -- Brett Favre pulling a fast one out of retirement and signing up with the Jets. While football fans may have been ecstatic over the news, it was a move that left Maddenites with an outdated cover for Madden NFL 09. However, not wanting fans to remain disappointed, EA has a backup play to counter Favre's surprise blitz.

If you head on over to EA's website, you can download a free, brand new cover for Madden 09 which features Favre sporting a Jets uniform. The covers are high quality PDFs, so you just have to make sure you have a good printer and some glossy paper to make the cover look legit. Might want to stop by Kinkos for that. Download the cover and replace it with the old one if you so desire.

I have to admit I've always been one of those anti-Madden snobs who would make fun of their friends for spending $50 every year to what usually amounts to new rosters. But today, I picked up Madden 07 on the PSP, and I gotta say, the game is incredibly fun.

So with that said, I find it great to hear the game has broken all kinds of sales records. EA has said the game has sold more than two million copies in its first week of release, which is the most in its 17-year history. Additionally, sales have increased 12 percent from last year's roster update game.

"We put a ton of innovation into Madden NFL 07 from new game modes and controls to NFL Superstar Hall of Fame," said Todd Sitrin, EA Vice President of Marketing. "Consumers are the most meaningful judge of game quality and based on sales and the record-setting online activity, our toughest critics think Madden NFL has delivered another great game experience."

Well, laugh it up EA; it looks like you've got yourself another successful year of Madden on your hands. Also, did you know there have been more than 53 million copies of the Madden franchise sold to date? That's beyond ridiculous.

Top 50 handheld games of the century

Next Gen has painstakingly gone through NPD sales data to give you the best selling handheld games of all time (in the US). They went through the number of units sold, and two PSP games made their way to this elite list of heavy-hitting games. Sure, the rest of the list is dominated by DS and Game Boy games, but Sony has done what the Game Gear, Neo Geo Pocket, n-Gage, etc. have failed to do: make a portable that can survive against the Nintendo goliath. The two games that represented the PSP should come as no surprise:
Make sure you read through Next Gen's report to see the entire list.

Do PSP games have dumber AI? 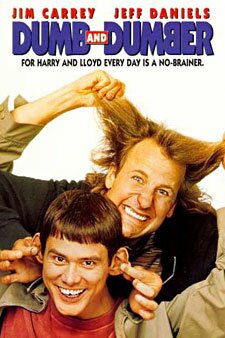 There's been a bit of jabber about the same game titles coming out for both the PSP and home consoles, most of it coming from us. Ports, for instance, was something I eschewed  because I felt it used resources that could have been directed towards making more original titles. However, some readers made a few comments that I consider to be, to say the least, very reasonable.

First, the ports that have come out for PSP haven't been all bad; in fact some, like SOCOM and Burnout Legends, have been exceedingly excellent. Second, ports are exactly that: portable versions of the same game that you can play anywhere, and there's nothing wrong with having that. In light of these observations, it's obvious that ported games do have a place in the PSP's repertoire.

An article by USA Today supports the notion that the PSP version of games can match up with their home console counterparts. But on the flip side, the report also dredges up a few weaknesses and briefly cites the PSPs lack of buttons and less-than-impressive AI as the system's more glaring shortcomings. With that said, given the portable's ample but less powerful hardware, are PSP ports really dumber than their original home console version?